This is huge. The Bay Conservation and Development Commission (BCDC) is on the list of government agencies where I imagined that AC-N-SF could founder.

We owe a debt to BCDC for arresting the runaway landfill that once was shrinking San Francisco Bay at alarming rates, but over the years it hasn’t always been clear that the Commissioners could view the shore from the bay as clearly as they could view the bay from the shore. Like the supporting resolution passed earlier by the San Francisco Board of Supervisors, this action by BCDC is ceremonial and not binding, but it’s one more step toward making people believe.

There’s still a mindset in my city that, somehow, San Francisco will find a way to F-up every good opportunity that comes along, so let me ask—

Is that mindset part of the problem?

We’re going to race America’s Cup 34 on San Francisco Bay. It’s not like believing in Santa Claus, folks, it’s an action item. Let’s jump through hoops and like it.

The BCDC resolution is linked at bottom. Here are the key points, with my italics added—

Thank you, AC-action committees in San Diego and Long Beach, for your California-united support of San Francisco’s hopes while trying to capture a piece of the pie (pre-events; training camps) for your own sailing waters. San Diego Yacht Club is a past winner and therefore Trustee of the Cup, and Long Beach has the breeze—and more events going on than most readers realize, I bet. It won’t waste 2:33 of your time to look at the promo to see how much goes on in Long Beach. 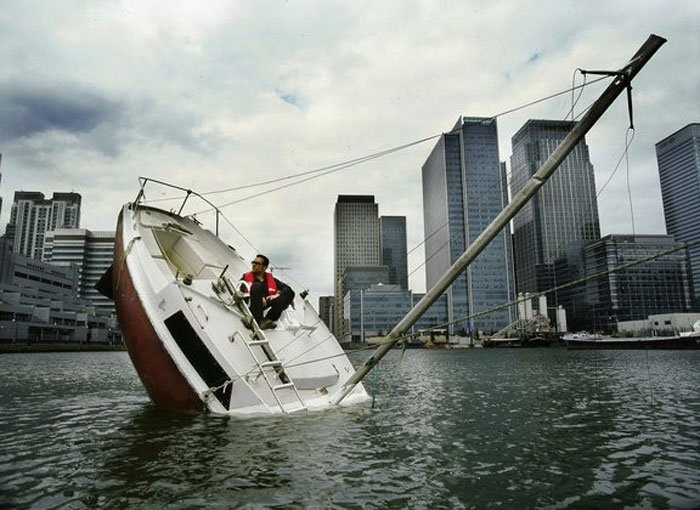 Are you a pessimist who sees this boat half-sunk, or an optimist who sees it half-unsunk. Perhaps it could magically be un-sinking itself?

But no, Tim Sullivan tips us to French artist Julien Berthier, who made a few mods to his boat. Chopped it up and placed the keel where it would help the boat to maintain, shall we say, an attitude, and that’s the way it “sails.” 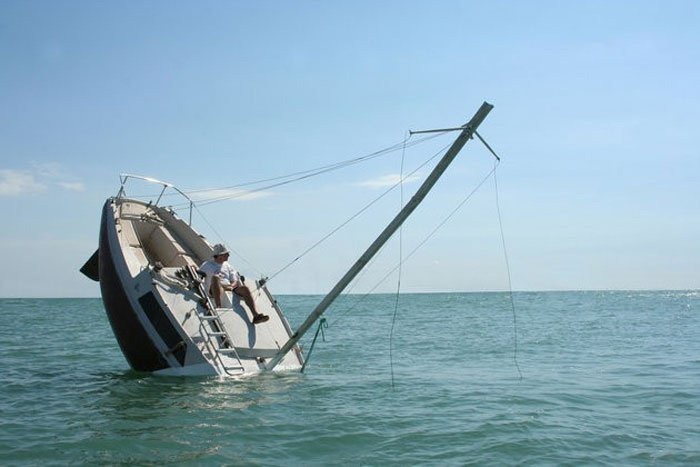 As I understand it, this was a performance piece. But think of the practical advantages. You’d never have a problem finding your boat in the marina . . . 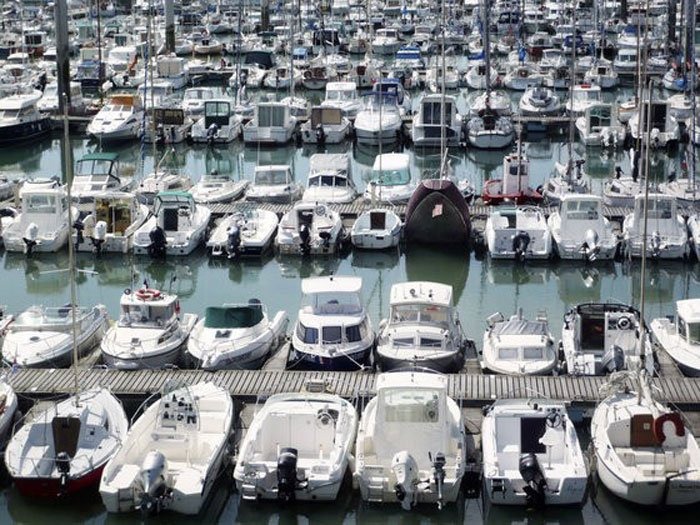