All the pieces of the first AC45 catamaran will soon be finished, painted, and transported from Warkworth, New Zealand to Auckland and assembled on Friday at the former base of Team New Zealand.

And soon after that, sailing.

Additions to the fleet are already in-build at multiple facilities, because these puppies are supposed to be in competition in June, somewhere in Europe. They’ll be delivered to challenging teams (and rival defense candidates, if they emerge) in ready-to-build kit form. That last part will be easy enough, but as I’ve said it before, it’s a race to the race.

Like the wings on C-class cats but unlike the wing on the big trimaran that won the America’s Cup last year, the wing spec for the 45s calls for a see-through film, glued to the frame and then heated for a shrink-tight fit. 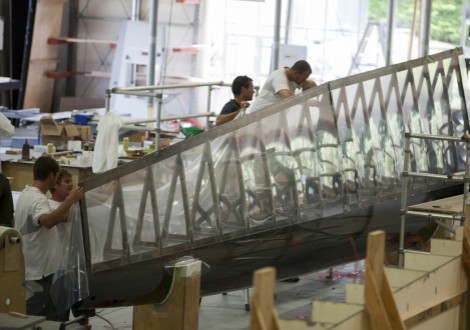 In San Francisco, meanwhile, the America’s Cup Event Authority has named California Lieutenant Governor (and former San Francisco mayor) Gavin Newsom as Ambassador at Large for the Cup, to continue gathering support for an event to be staged at the Port of San Francisco, per the overlay below, released by ACEA. Click to enlarge. 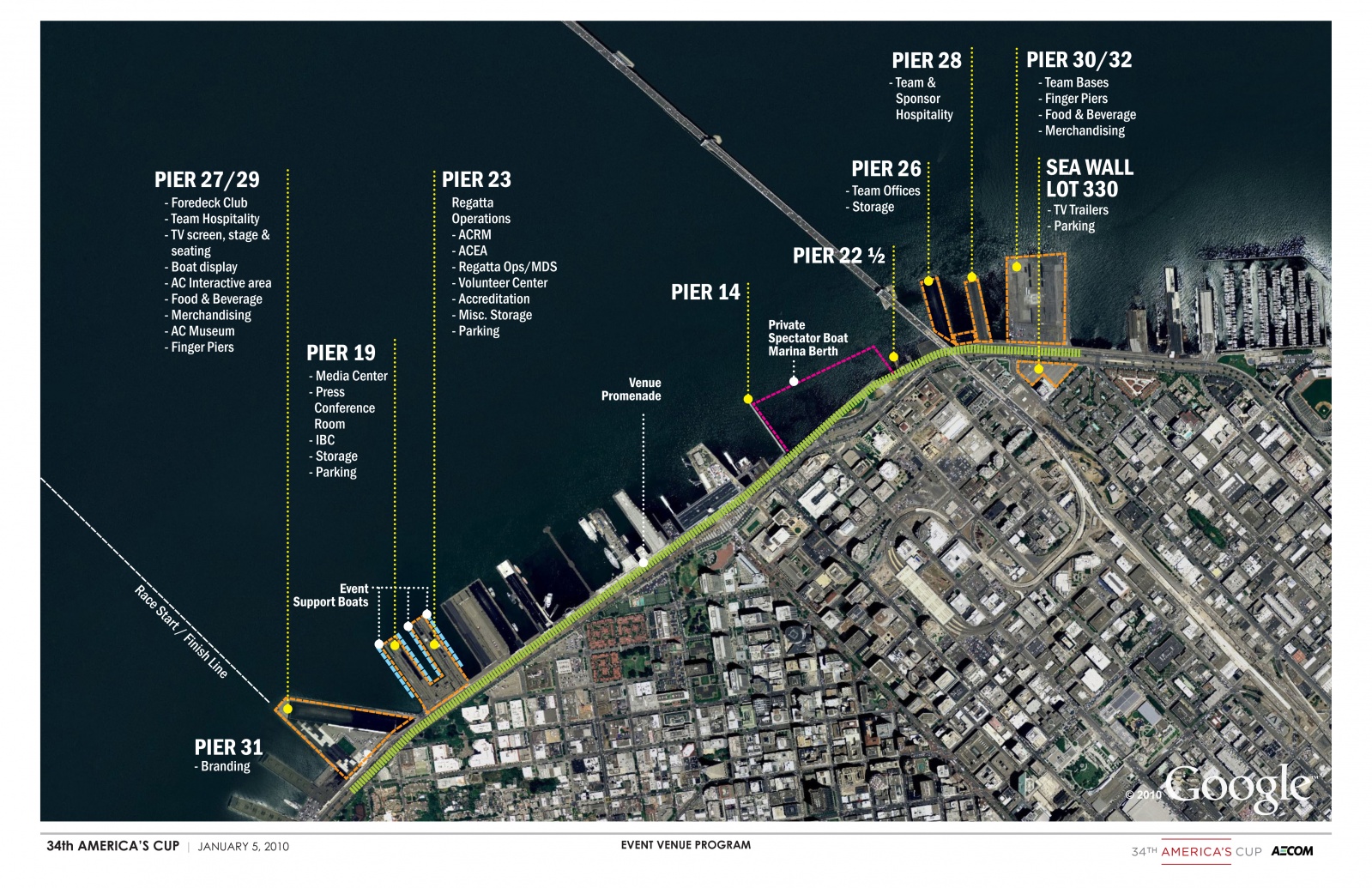 The main public-interaction spaces are all within walking distance of Fisherman’s Wharf, in case you want to guage the audience potential. Fisherman’s Wharf is at the top of the peninsula, just to the right of the Transamerica Pyramid. The island middle right is Alcatraz. 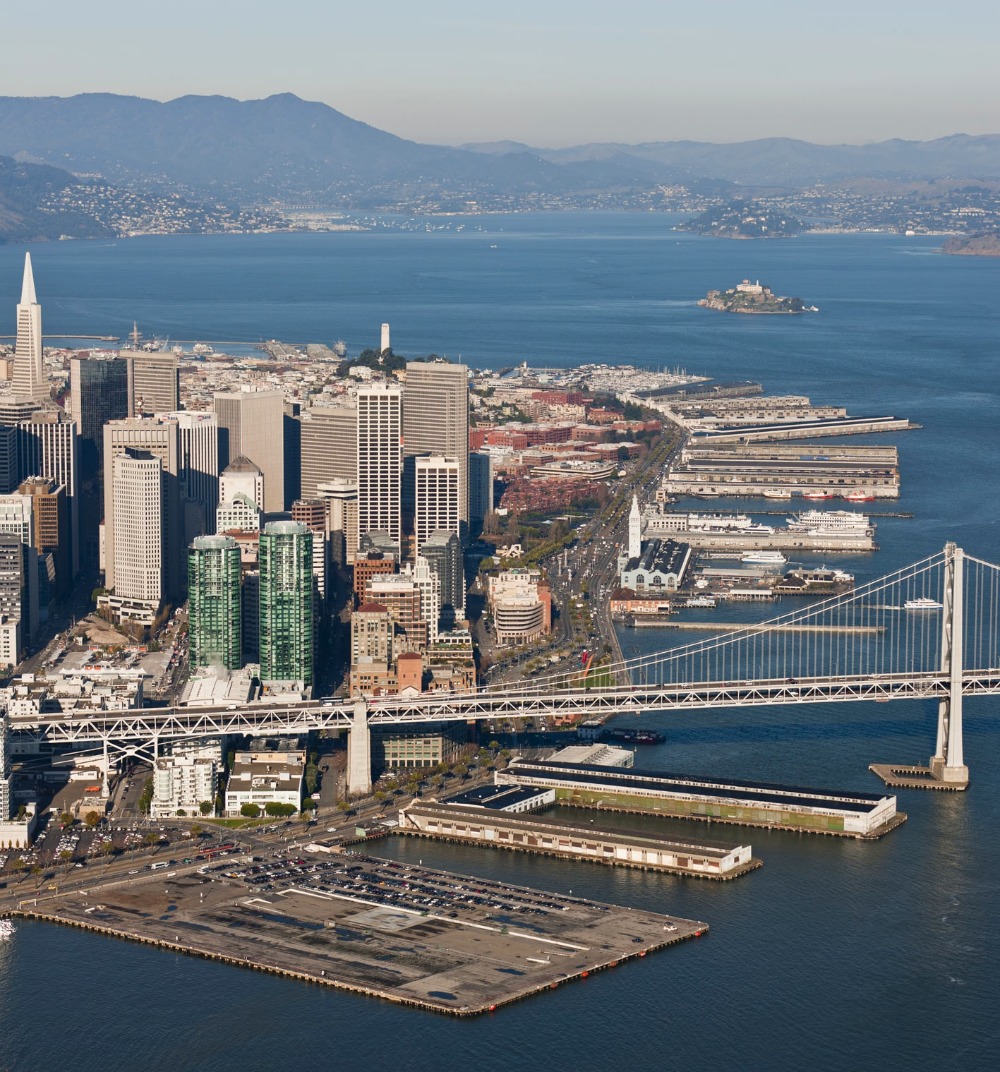 It occurs to me that I’ve probably run more photos by Gilles Martin-Raget than by anybody else, except me. I turn to Gilles when I need serious quality, as opposed to my own snapshots. He’s the team photogger at Oracle Racing. Here is Gilles on the job last week at City Hall. Notice first-rate equipment with that well-used look . . .

Gotta run, but you fanatics can now watch the final stages of the AC45 build by going to the webcam at the new americascup.com Work continues pretty-much around the clock. To go straight to the webcam, click here.