One day after the Alinghi tent crashed down in a windstorm, Valencia’s weather calmed enough for the big cat to take its first local sail. First, however, Mayor Rita Barberá dropped by to offer the city flag, the Bandera de Valencia. The Valencianos do have lovely flags, and it doesn’t even look cold there, does it? Forecast highs in the 60s this week with mild winds . . . 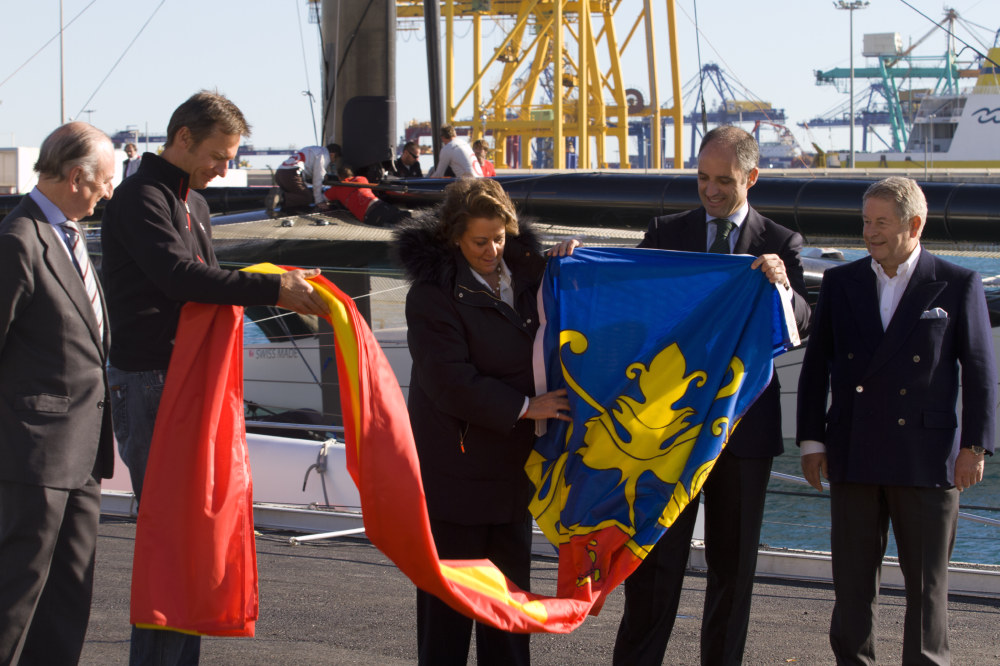 In the tit for tit and tat for tat that just won’t go away, Alinghi chief Ernesto Bertarelli noted that, one month ahead of a scheduled race one on February 8, the two teams are headed back to the New York courts to discuss the “Constructed in Country” legality of Alinghi’s sails. The word of the day: “Our sails are rooted in Swiss technology and they have been constructed in Villeneuve, Switzerland. This Swiss technology has been used by both defenders and challengers in the America’s Cup since 1995 and we have been through years of development in Switzerland to construct them. Should the American justice system outlaw their use, it would be like asking Roger Federer [there’s a nationality requirement for tennis rackets?] to defend his title without using his tennis racket. BMW Oracle would win the America’s Cup in court as, without our sails, we cannot race.”

Just as, without a safe (large) mooring space, the BMW Oracle trimaran cannot race, which is why Alinghi is trying to force them to moor in the critically-limited Darsena. Did I mention tit for tit and tat for tat? All of this was on the table at the recent meeting in Singapore, which ended with the two teams mutually consenting to end the meeting and reconvene in court, where Oracle’s attorneys will argue that joining together pre-shaped panels in a small country in the center of Europe does not mean that the sails were “constructed” there, and furthermore that it is irrelevant where the technology employed in those sails was first developed.

Televised poker games have nothing on this.

This is the ninth trip to court for the two teams and their revolving registers of lawyers. BMOR is 8 for 7 so far in court, but hope springs eternal on the shores of Lake Geneva. Remember, the fuss can be washed away in a moment by mutual consent—just as it could have been washed away three years ago—but mutual consent seems hard to achieve between two creatures locked in a death embrace. Alinghi made the most of available daylight . . . 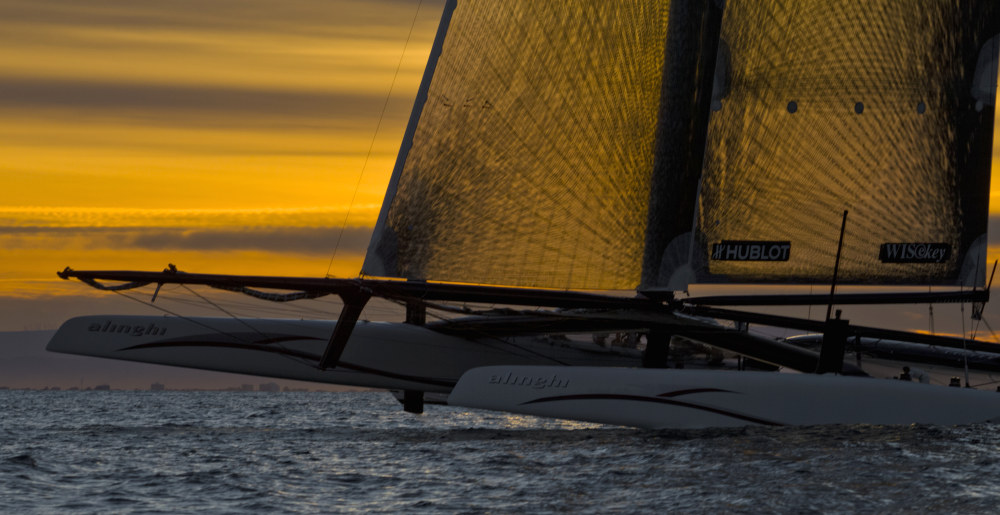