Both America’s Cup teams held press conferences on Friday evening in Valencia, three days ahead of Race One. Here are the “highlights.”

On who does what: 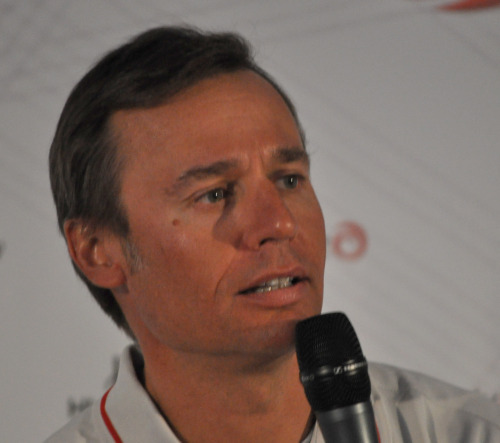 Ernesto Bertarelli at the Alinghi base

Alinghi owner Ernesto Bertarelli announced that he intends to share the helm(s) of his catamaran with the great Loick Peyron. 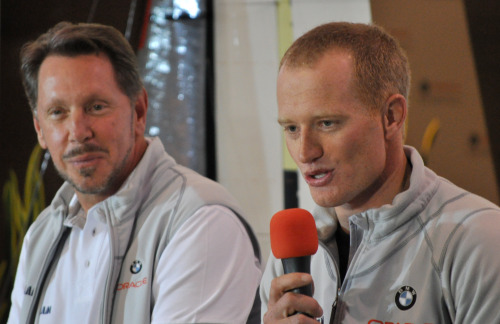 BMW Oracle Racing owner Larry Ellison announced that he will not sail Race One (which threatens to have light winds), “Because there’s a weight limit. I’m disappointed, but I’m not going to do anything that jeopardizes our chances of winning the race.” 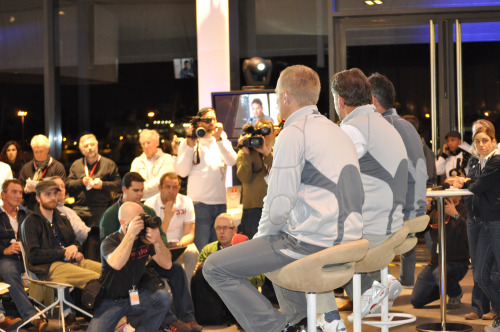 Press conference at the BOR base

Ellison on the character of America’s Cup 33:

“As far as I’m concerned it’s over on the water.”