Will it create a buzz when that whopping big trimaran that won the America’s Cup sets sail on San Francisco Bay?

The boat with a wing too tall to fit under the Golden Gate Bridge? Believe it. 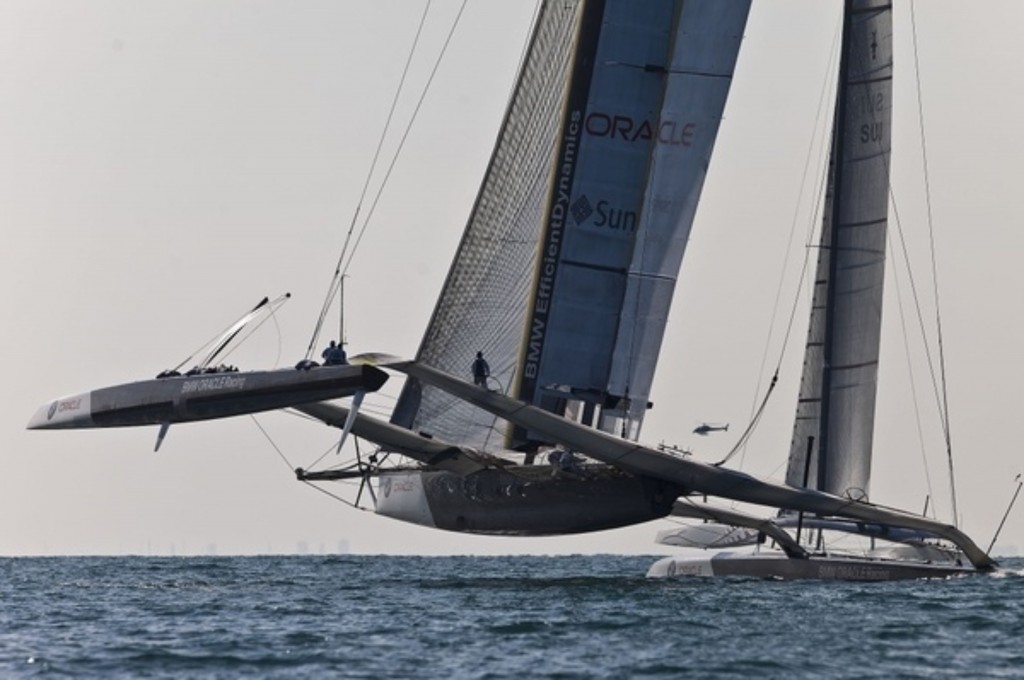 Is it sure to happen?

Likely to happen is closer to the case.

Oracle Racing team owner Larry Ellison has said that he wants to sail USA 17 again. That would be a great way to build buzz around the long America’s Cup vigil—San Francisco Bay won’t see America’s Cup-related racing until 2012—but it will cost some whopping big bucks to rig and launch the thing, and we’re not necessarily believing that it’s as robust as the AC45 that has been winning hearts and minds in the first week after its launch in Auckland.

A freighter is due to arrive in Valencia, Spain next week, where taking the trimaran on board is one of its duties. After that, the next stop for the tri is Pier 80, San Francisco, but don’t expect to see it sailing until fall. Again, not guaranteed, but a good bet. Oracle Racing bow man Brad Webb, at Golden Gate Yacht Club on Friday, seemed to take it for granted that the boat will sail while noting that, yes, the 223-foot, full-height wing that raced in Valencia wouldn’t fit under the Golden Gate Bridge, and wouldn’t fit under the Bay Bridge, either, to transit from Pier 80 to the camera-pleasing, crowd-pleasing West Bay. 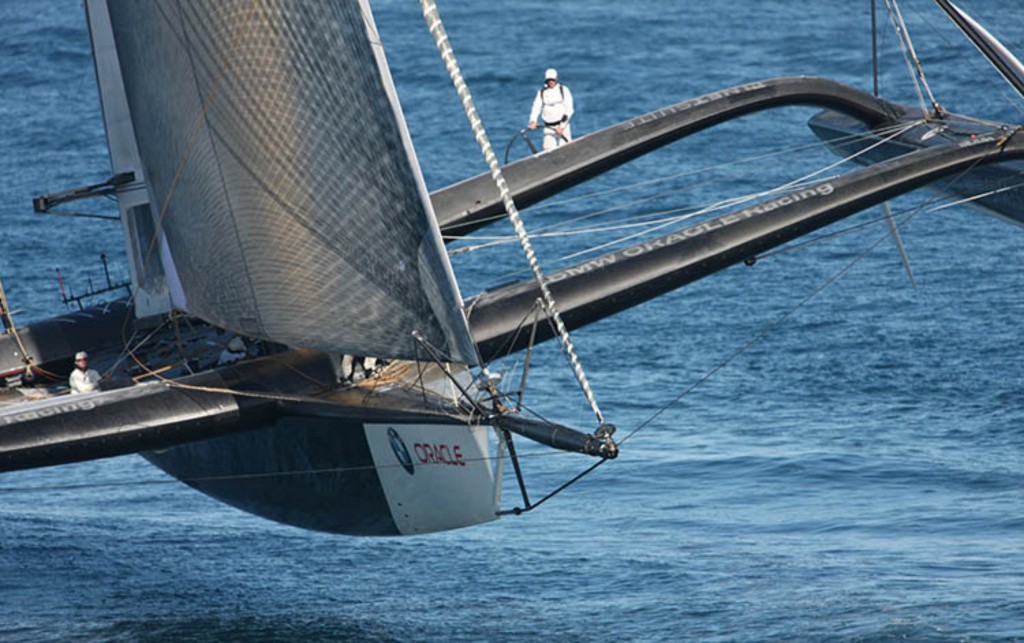 Well, maybe with the right angle of heel and nerves of steel . . .

But that wing started out at “only” 190 feet, remember. The team added a new top section as they gained experience and confidence—and realized they would surely be competing in light air. “We’ll have to take the extension off,” Webb said.

But, at “only” 190 feet, the reduced wing is still the largest wing ever built, period. Seeing it against the background of the Golden Gate would be hot, hot, hot.

Or, if local sailing is practical only with the soft-sail rig, too bad but okay.

And did I just say that there won’t be racing on San Francisco Bay until 2012?

Tom Huston of the America’s Cup Event authority points out that, minus 2011 AC45 events here, the AC72s will bring on “the wow factor.” Background sources inside Oracle Racing, however, tell me that logistics are the only reason for not bringing the 45s here as part of the 2011 World Series tour. That’s disappointing, but I get it. It’s impossible to overstate the magnitude of what Larry Ellison and Russell Coutts have decided to do with their shot at re-imagining the America’s Cup. Call it a moon shot, but without the calculus. This is one enormous undertaking. 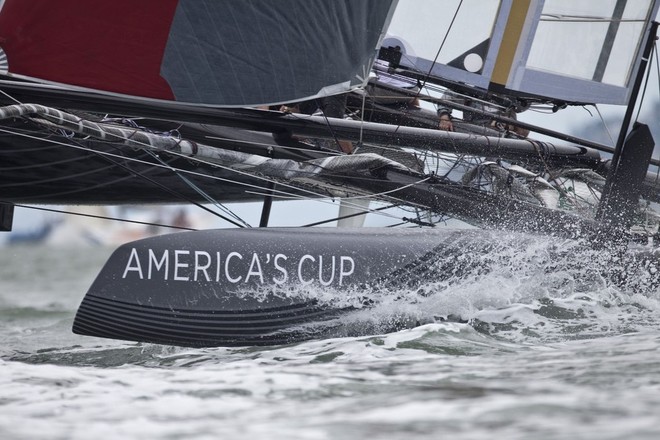 Newport, I continue to surmise, will have the AC45s racing next fall, following events in Europe. The official schedule is still being negotiated, but Huston named South America, the Middle East, and Europe as future regatta sites. With an Australian challenge announced and a Kiwi challenge simmering (per Grant show-me-the-money Dalton) I reckon the antipodes would be a possibility, but again—logistics.

SURPRISE CHALLENGER OF RECORD QUOTE OF THE WEEK

Francesco Bruni, speaking to Fare Vela: “With Mascalzone Latino we are on standby,. We are obviously linked to the arrival of sponsors in order to be able to participate. Vincenzo Onorato has been working hard and we are awaiting developments.”

SURPRISE CONVERSION OF THE WEEK

Kiwi journo Richard Gladwell had the good fortune to have the first of the AC45s launched right in his back yard, and he has followed the boat on each of its test sails. Richard was a Save The Monohulls advocate from the get-go, but suddenly he’s got catamaran religion. Experience his baptism right here.

Huston and Webb attended a standing-room-only meeting at GGYC of a regional sailing industry group called Sailing Renaissance. This much was clear. There is a tremendous appetite for this thing, and it’s hard to wait.