Everybody’s asking, will it happen? It has to happen. 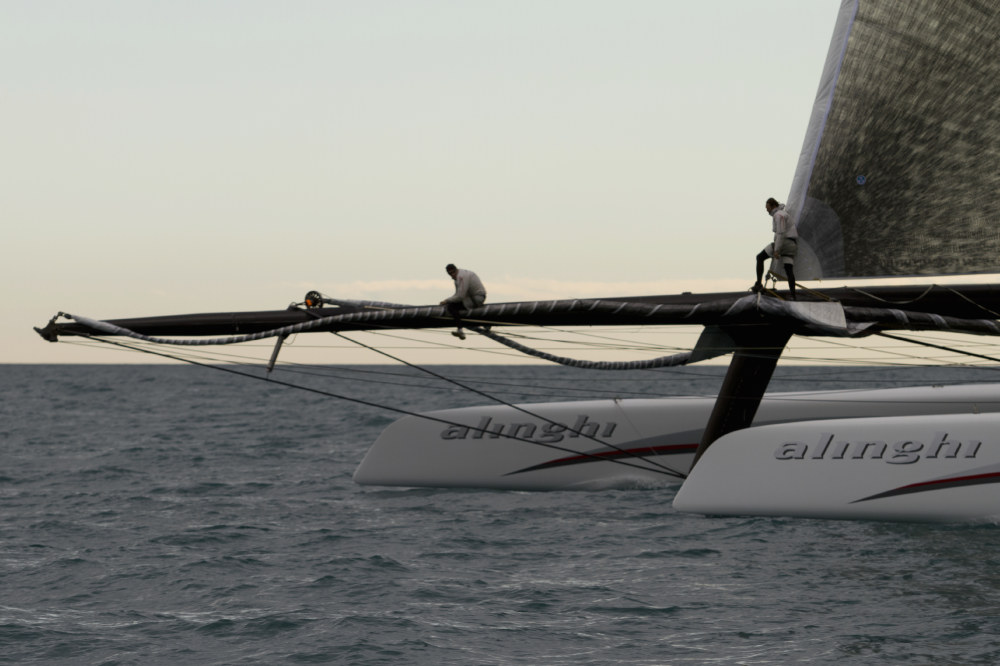 Even if mutual consent should erupt, and we see no signs of that, don’t figure it would extend to delaying a match that now has Consorcio Valencia trumpeting the millions who will have access to the racing on television—in Europe—and millions more on the webcast at the event’s dotcom. We have a TV schedule, and that settles it. The 2007 event boosted tourism in Valencia by 30 percent, according to the authorities. Mayor Rita Barberá says now, “The 32nd America’s Cup put Valencia on the map and the 33rd will consolidate it.”

Which may be an optimistic assessment, but the train, as they say, has left the station.

Setting a record all by itself: This will be the first time that five hulls have started an America’s Cup match.

But we can hope.

There’s a new event web site at 33rd.americascup.com which is where the internet broadcast will take place, and where you can find plenty of good reading, including the Sailing Instructions, take two.

Rummaging through those Sailing Instructions turns up a few items of interest, even irony:
1.8 (c) with respect to any determination, not to resort to any court of law or Tribunal

And on a more practical note:
8.4 Courses will not be shortened.
8.5 Legs of the course will not be changed after the Preparatory Signal.
8.6 In compliance with the Deed of Gift that the first leg of Race 1 and Race 3 be “twenty nautical miles to windward” and that in Race 2 “the first side of which a beat to windward”, the Race Committee may abandon any race prior to the first boat rounding the first mark where in its opinion there is a permanent wind shift of 30° or more from the course direction advised by the Race Committee at the Warning Signal.

The International Jury is expected to respond Tuesday to a list of questions submitted by BMW Oracle/Golden Gate Yacht Club:
Can the defender unilaterally select wind and wave limits?
Is Mutual Consent required to select race start times?
Can wind detection equipment be used?
Can friction reduction systems be used?
Are the regatta rules contradictory?