It’s cold in Patagonia, in the foothills of the Andes, and perhaps, like me, you wouldn’t expect a kiting competition there. But, like me, you’d be wrong. 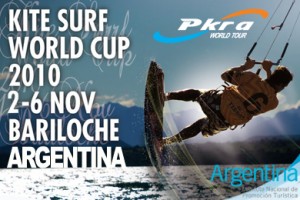 We’re talking Lago Nahuel Huapí, a couple thousand feet above sea level, where the current stage of the Kite Surf World Cup wraps up on Saturday, and where American Johnny Heineken is so far the runaway leader in course racing. His day-three results tell the story, or better yet, I’ll let the event reporter tell how, after a massive entanglement of kites in the opening race of the day, “California sunny boy John Heineken (Ozone, USA) had complications in the first race due to the entanglement catastrophe however managed to shake the stress away and finished first in the last three consecutive races of the day with a huge lead over all the other competitors.”

Add that to some other wins, and you have my “runaway leader.”

And I see that he registered as “John” again. I keep telling him, I can sell Johnny Heineken, guy, but hear the difference. Imagine an announcer at a snowboard event, and he’s wowing the audience with, “And now, coming down the mountain . . .

Maybe I’m just jealous because I can’t do what he does.

Friday late we should see a day-four update at prokitetour.com, where you also can find videos of some of the windy, choppy stunt competition.

To check in on the day-three course racing and Heineken’s comments, click HERE.

THE LEGEND OF IMP, GOING FAST, LIKE THE BOAT

Bill Barton’s account of the great IOR yacht Imp, its crew and its races, has just about sold out. For a certain place and time, Imp was it, and Barton was part of it. In answer to my question, Bill says there are about 75 copies left at implegend.com 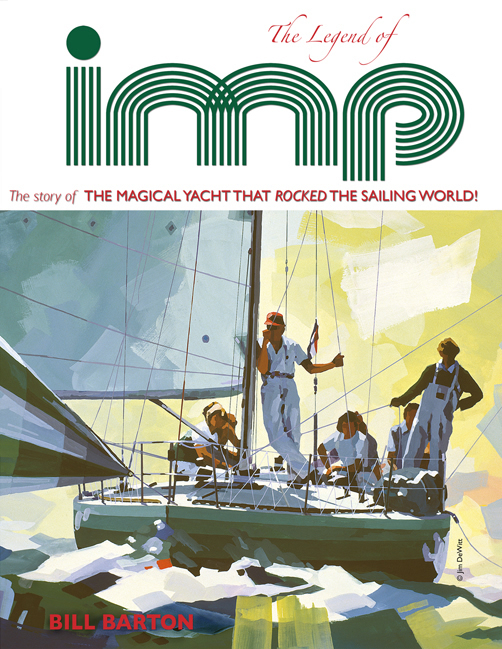