Not Over Till It’s Over

What you won’t get, if you’re not part of it, is this. Larry Ellison’s team is going to be just as disappointed as I am if the 34th America’s Cup match is not sailed on San Francisco Bay. I’ve heard them out. I’ve looked into their eyes. I wish I could convey the sense of disappointment if—

The amphitheatre, the reliable breeze, the stuff you’ve heard before, it’s all real. The best place, the best chance to build a new future for high end sailing. The one chance for the city to make hay on its crumbling waterfront.

And just when I thought I could relax a bit, and focus on the first RC44 regatta in the USA (Larry Ellison was racing here; Challenger of Record Vincenzo Onorato was racing here) along comes a make-or-break venue crisis. Over the weekend the Event Authority gave the city a deadline of Friday and stated its terms, a version of one of the multiple agreements between the city and the event organizers that have each failed, so far, to be solidified. The Defender is obligated under the Protocol—a contract between the Defender and the Challengers, published months ago—to declare a venue by December 31. Stringing this out is not an option. If it’s not going to be San Francisco, they have work to do. Just in case, they have representatives winging out of Miami tonight—and they’re not headed to San Francisco.

It’s unfortunate that each iteration of a deal between the City and the Event Authority is complex and can’t be explained in a headline, can’t be explained in 60 seconds on the evening news. Most people don’t have the patience to study the whys and wherefores, and it is seductively easy to gripe about “giving money to billionaires” rather than explore the mechanisms of spending nickels to generate dollars. What we need now is leadership, not political cover. The America’s Cup is part of our national heritage. To let the 34th defense slip through our fingers would be a travesty.

Also over the weekend, the city responded with a version of the Northern Waterfront Alternative. Where this meets in the middle, I can’t say. but it’s not over till it’s over, and it’s not over.

On the sailing side we are dealing with an effort to create a self-sustaining business model for high-end racing, going forward. We’re talking Russell-vision, so let me try to explain a curious fact about our curious sport:

For decades the America’s Cup has lurched from extreme to extreme, from great competition to absurd courtroom pissing matches. What we have on the table now is a vision of revolutionizing the future of America’s Cup racing. Usually this “revolution” is cast in terms of the transition to wing-sailed, high performance catamarans. But in the big picture, that’s almost irrelevant.

The real revolution that is being attempted is to take that step toward a self-sustaining signature event for the sport. As a journo I’ve spent far too much of my life explaining the eccentricities of the America’s Cup, with sub-clause leading to sub-clause until I can almost feel the reader squirming. At the same time, one after another grand scheme has been advanced to create an alternative, a rationalized circuit that would capture the imagination of the public and represent the highest level of sailing achievement. Nothing worked. Nada. The America’s Cup is our signature event.

A few years back, Russell Coutts partnered with Paul Cayard in an attempt to launch a catamaran circuit, and I can’t help noticing that the next America’s Cup, with its World Series tour, looks a lot like that. Except that now the concept is riding on the shoulders of the America’s Cup, the one piece of magic we have as a sport, which is why it should work this time. Coutts won the America’s Cup as a skipper in 1995, 2000 and 2003. Now he is CEO of BMW Oracle racing, and he led the team that captured the Cup in Valencia. He is taking bold steps and real risks. Russell-vision.

San Francisco Bay, the natural amphitheater, is part of that vision. 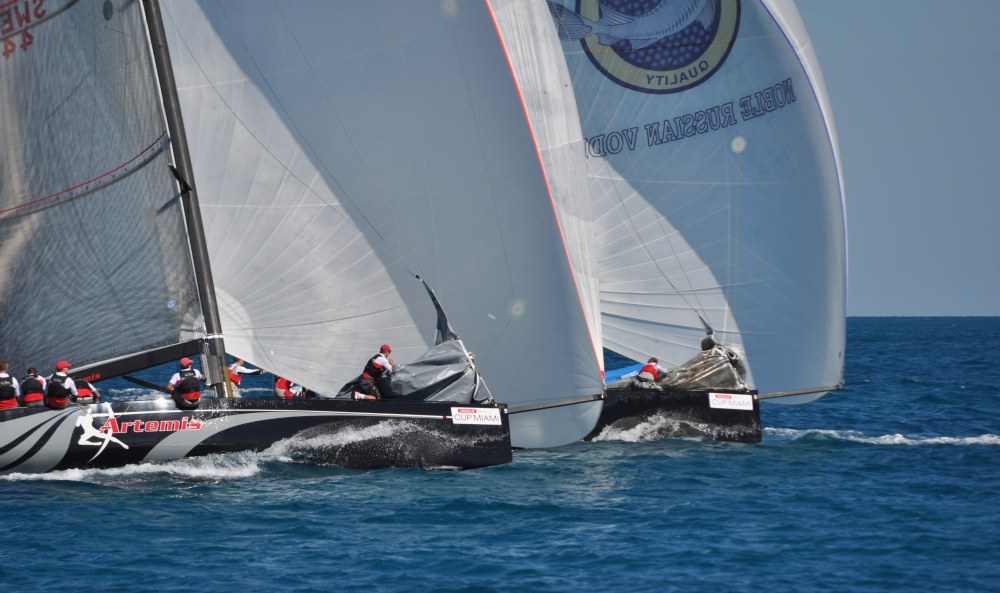 One of the features of the catamarans coming for the America’s Cup World Series tour—both the one design 45s and the custom 72s—is portability. The rules require that the boats be designed for rapid assembly and disassembly. Long before the America’s Cup came to the Golden Gate Yacht Club, Coutts used his name, fame and savvy to create a monohull class called the RC44, which uses portability as a linchpin of its “concierge” approach to grand prix racing. Russell-vision again.

RC44s are strict one designs. They have detachable transom scoops and two-part masts, and with the hull canted to an angle the entire package fits into a container. The class organizers arrange for shipping, so as long as a boat stays with the class, many of the headaches of international competition are taken care of. And the boats are purposely complex. The mainsail trimmer has a trim tab on the rudder to play with, in concert, and it’s not a class where you would expect to do well, or even okay, without professional crew. However, it’s an owner-driver class, so you pay your money and you get to play with the big boys. Season winner Larry Ellison has Coutts as his tactician. Regatta winner “Dougie” Douglas had Jimmy Spithill whispering in his ear at the Oracle-sponsored Miami regatta. Paul Cayard did the deal on Artemis. Very grand prix.

This was the first US event for the RC44 class, which has announced an event in San Diego in March, 2011 (and at least six of the fourteen boats here will also race at Key West this winter).

And when the America’s Cup comes to San Francisco Bay, they’ll want to be part of that, too.

Social note: It is not widely known that yachties too are into bling . . . 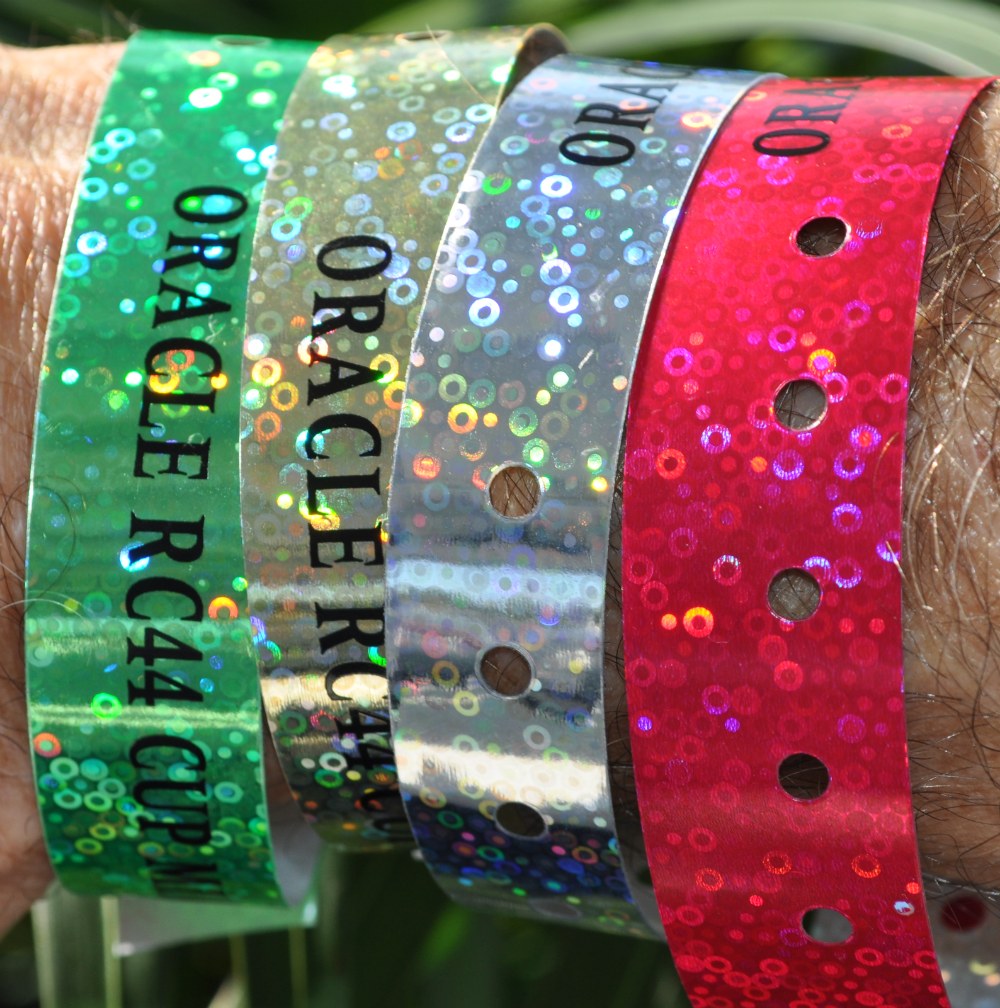