Underneath the stir about Alinghi’s sails (country of origin?) there’s another drama percolating as Alinghi makes a move to require the challenger to moor inside Valencia’s Dársena between races. Why?

I don’t have a statement from Alinghi, but I confidently infer it’s to assure public access to the excitement of America’s Cup 33—and because it would make life hard or perhaps impossible for the challenger. 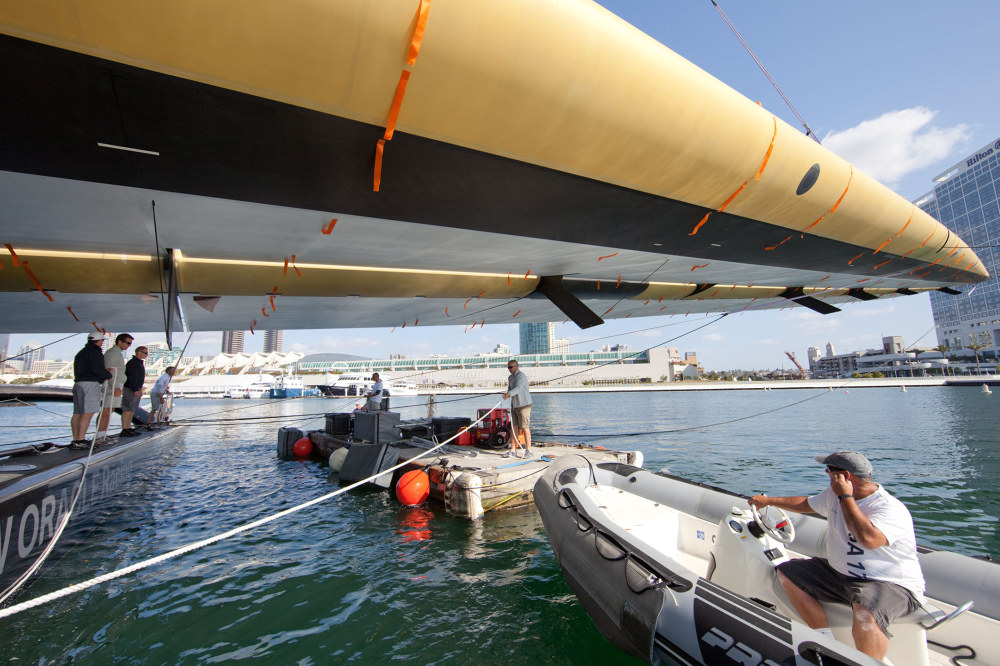 The wing that the BMW Oracle team plans to use, all 190 feet of it, comes with performance advantages and practical liabilities. In particular, it needs a lot of parking space. And the Dársena , the smaller of two adjoining harbors in Valencia, the one familiar from the 2007 match as America’s Cup Village, is tight for parking.
In an email from his foxhole in cyberspace, BMOR’s Director of External Affairs, Tom Ehman, writes, “SNG has declared all out war on us—trying to force us to moor the 90 inside the Dársena where it will often be impossible to get in, depending on weather conditions and where even if we do get in (it would have to be with the wing up; that’s the only way to get through the canal) there is no room for a mooring buoy with a radius of 100+ meters. A hundred plus meters is the minimum room required to moor the thing when the wing is lowered. And if we did get in, and had a proper mooring, we might not be able to get out the next morning.”

The separate question of whether or not the defender’s sails must come from Switzerland will have to be decided by the international jury that both parties have agreed to. However, in Ehman’s version of events, Alinghi has “delayed the empanelment of the jury by not signing the indemnity nor finalizing negotiations with the jury over fees and expenses, etc. First Brad [Butterworth] said all their sails were going to be built in Switzerland. Now they are saying that there is no requirement that sails be built in-country. We are trying to get that matter before the jury as you know.”

But first there must be a jury.

So I guess now we need to define “constructed.”

Nationality restrictions on sails came into the game in 1962, after the New York Yacht Club straw hats watched Gretel surge past Weatherly while flying a Ted Hood spinnaker in race two. Lacking mutual consent, and there’s been an infinite lack of mutual consent, methinks precedent opens the door to plenty of bickering in the six weeks remaining to the 33rd America’s Cup match. And given the likelihood that February in Valencia will bring us wind from the north—an offshore breeze—the 20-mile beat stipulated by the Deed of Gift for race one will take us a far piece toward Africa before we can even begin. I’m learning to love the smell of vitriol in the morning.

Note: The trimaran and wing are presently aboard a ship that has cleared the Panama Canal and is making 18 knots toward Valencia and the harbor shown below. Click for an enlarged view of the disputed moorage areas, tat for tat for tat. 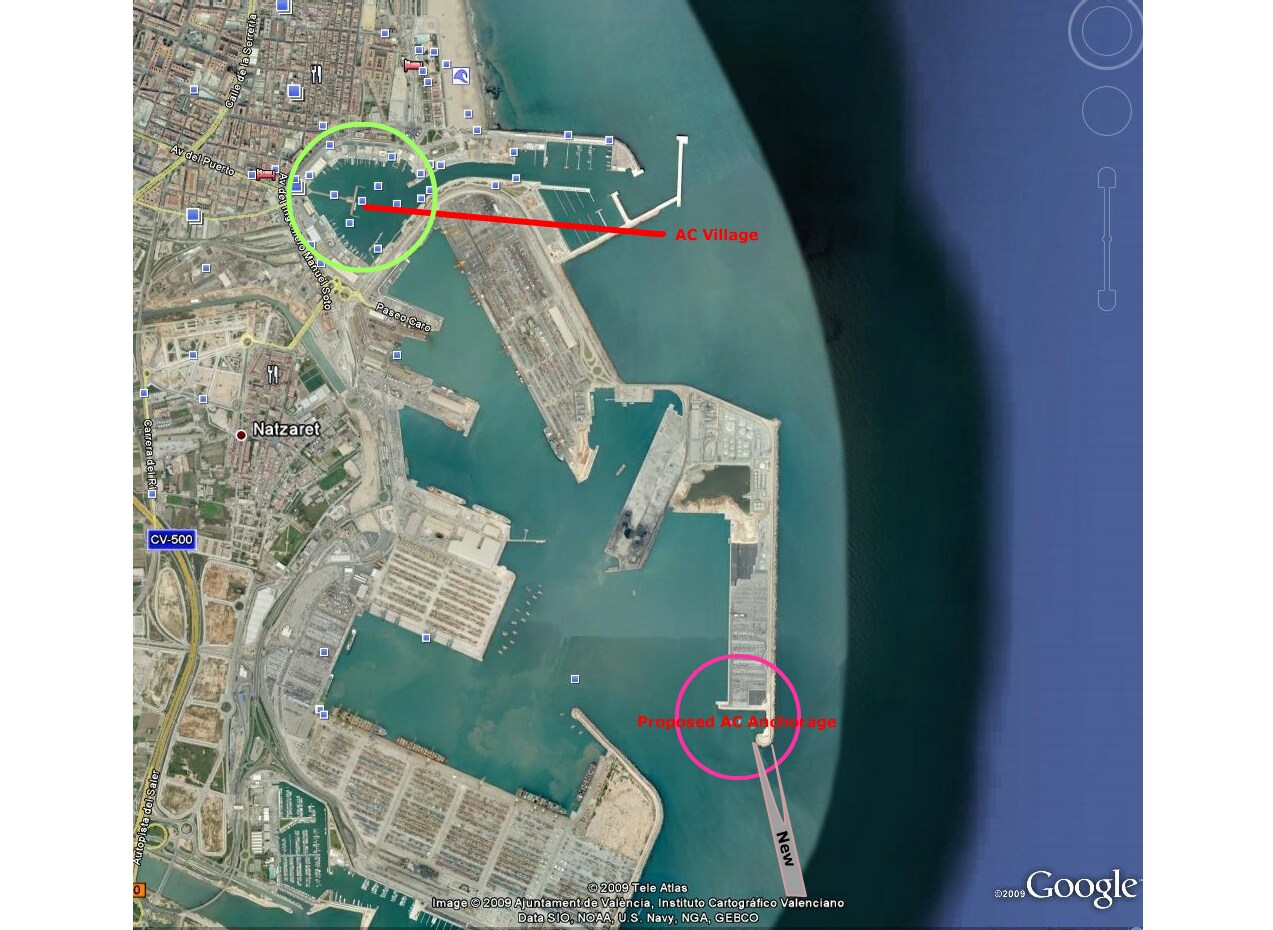