There’s this boat that was born of a concept, not to be “just a boat” but a spark to reignite interest in building new 70-footers for the West Coast, where “70” is magic. At that level, it didn’t quite take, but Peligroso looks good on the water, and the boat has gone on to a brilliant second life as a queen of Mexico’s sailing fleet. When he found her, new owner Lorenzo Berho didn’t want “just a boat.” He wanted a vehicle to inspire young sailors; train them; give them an experience of the other. 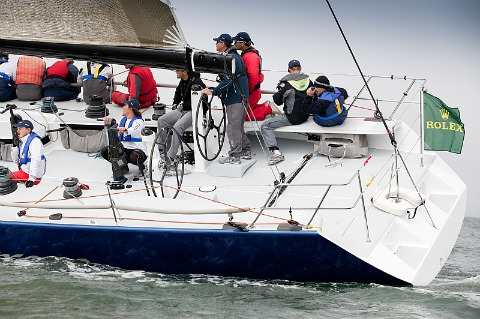 Lorenzo tells it this way:

“I wanted this for family, and I wanted to keep it family. Some people lose that as they become more competitive. And I wanted to recruit these other young sailors too, kids who are campaigning for the Olympics and the like, and give them an opportunity to participate in racing a bigger boat. With young people it is easy to see the analogies between sailing and life, the importance of learning your limits, learning to solve problems, learning to work together, learning respect. You embark upon something like this, and you never know how many lives you will touch.”

We were sitting in the cockpit of Peligroso, caught up in the dockside hustle of the final morning of the Rolex Big Boat Series, and Lorenzo looked around the deck and added, “On the day of Mexico’s bicentennial, we went to a restaurant, and we celebrated with the words of Father Miguel Hidalgo y Costilla 200 years ago. We spoke the words of freedom and honor. What better way to celebrate your country’s bicentennial than to compete in a great regatta like this.” 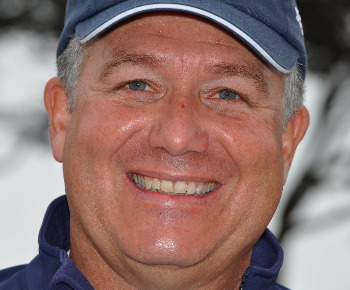 Berho, who lives in Mexico City, has gone step by step to get this far, and he has a plan. Step one, in 2005, was to buy a J/145, Raincloud. “It was a good boat to take the family to the next level,” he says. “We had no idea how to do the basics, so we trained hard, and we had the goals of racing San Diego-Vallarta, Transpac 2007, and the Big Boat Series, 2008. It was here in 2008 that I was having a glass of wine with my tactician, Nigel Cochrane, in the St. Francis Yacht Club. They have a large model collection . . . 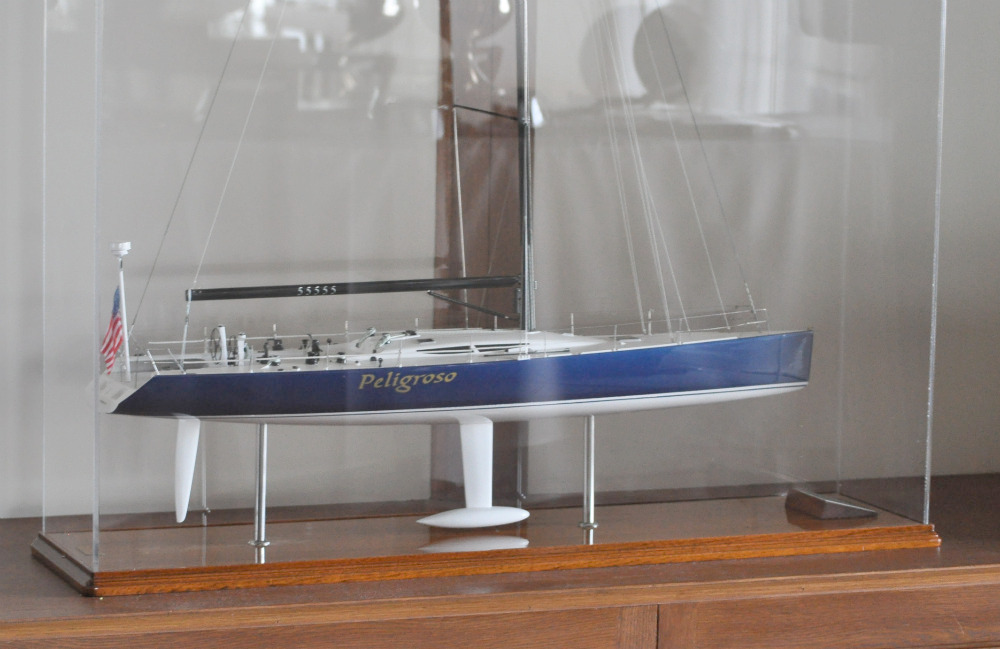 . . . and Nigel said, ‘Come over here and look. This is a model of Peligroso. She’s for sale.’ I stood there looking into the glass case, and it came to me that, if we had a competitive boat of a size that no one else in Mexico has, we could make a difference.”

Peligroso—the word means danger—had been commissioned from Tim Kernan by boat partners Mike Campbell and Dale Williams. They had raced the boat hard and well, but failed to inspire the new fleet of 70-footers they hoped for. When Campbell died of a persistent illness, the boat became available. I snapped this shot of Peligroso at MEXORC last February, with Lorenzo at the helm . . . 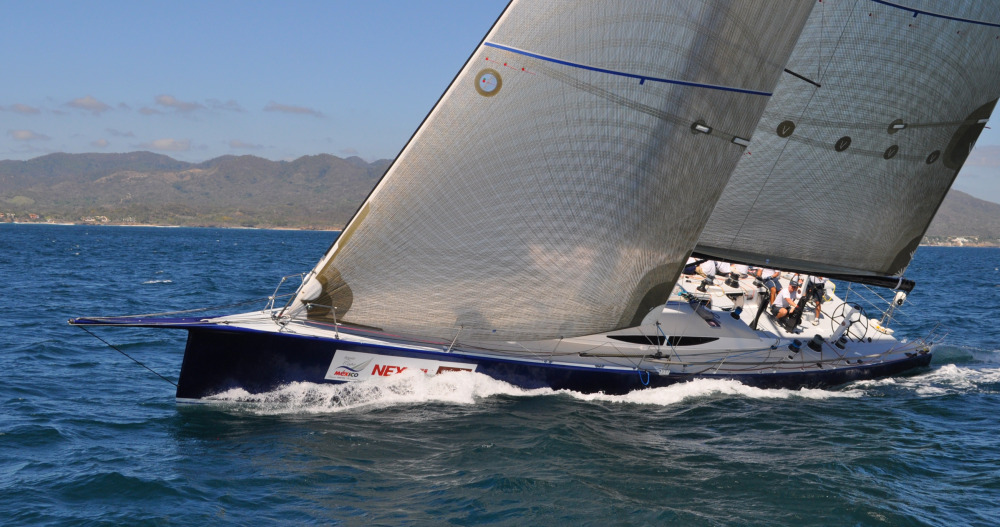 “Some boats have a legacy,” Berho says. “Mike and Dale put heart and spirit into Peligroso, and the boat still has something special about it, something that makes it important to me to keep our focus on the amateurs, with the professionals secondary to the passion of the younger sailors.” Again he looks over the deck. He’s a man of infectious high energy (I doubt that many people say no to this guy) and he says, “All these kids, they’ll be flying out on red-eyes tonight—at their own expense—to be at work tomorrow morning, or at school. And they’re proud to be sailing on a Mexican boat. When we sailed the San Diego-Vallarta race, 1000 miles, it was the first time that a Mexican boat had won, and we did it by winning class and overall, and finishing first, with a new record. When we got to the dock at 5 a.m. all the waiters at the hotel were awake and outside. The hotel staff was out. Everyone was excited to see a Mexican boat win.”

Berho’s Peligroso project is very different from what the late Roy Disney did with his Morning Light project and movie, training young sailors to a high level and then setting them off to face the fortunes of war. There is enough in common, however, that Peligroso attracted Piet van Os, the Morning Light navigator, to sail and teach aboard. Also pitching in at times has been Robbie Haines, an Olympic Gold medalist who was one of the coaches for the Morning Light crew.

Next year, Peligroso is slated for the Transpac, Los Angeles to Honolulu, and if things continue to go well, Berho’s five-year plan is to eventually take off to do the great races beyond the Pacific. He’s thinking Sydney-Hobart, Fastnet, Bermuda and more.

“You should speak to some of these young men. Jorge! Jorge! Come over here.”

And soon I was receiving a lesson in the challenges of the Olympic dream, Mexico style. 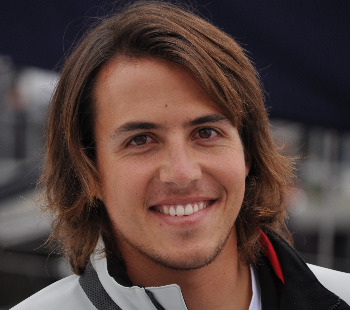 Jorge Murrieta has an Olympic campaign under way in the 49er, but he’s the Lone Ranger of the fleet in his home country. “I live in Mexico City,” he says, “because that is where all my contacts are for sponsorship. To sail, I go to Acapulco or Vallarta. Vallarta is better, but it’s farther and more expensive.”

Jorge won the 2009 J/24 North Americans on his home waters two hours north of Mexico City, Valle de Bravo. Lest “home waters” make that sound easy, I’ll note that second place went to North sailmaker Chris Snow, who’s had more than a little success over the years. In 2010, Jorge is the Snipe North American Champion. To get support from the government, he says, it is necessary to sail boats such as the Snipe that compete at the Central American and Pan American Games: “The government doesn’t get the difference between those boats and the Olympic classes.

“For Olympic boats, Mexico has only the Laser and the RS:X,” Jorge explains. “Being by myself with the 49er, it’s even harder that I don’t have a coach. Mexico has produced some very good sailors, but they don’t live in Mexico anymore. They live in Europe. Lorenzo’s vision is to help a guy like me get all the way to the Olympics.”

Okay, that’s a long road to travel, but it is good to remember moments like this one, at the end of the J/24 North Americans. Smile for the camera . . .

It won’t go down as a classic year, not even close. A weird summer ends on a weird note. In all my days on San Francisco Bay, I haven’t seen the fog behave quite the way it did last Thursday. But the Rolex Big Boat Series had its moments. Here we see Peligroso, second raceboat from bottom, applying the WERE YOU SCARED? test to a passing cruiser along with fellow Mexican entry, Patches . . .

And how could I resist this Daniel Forster shot of the Melges 32 fleet against the Golden Gate and a wintry sky . . .

Melges 32s open their world championship racing in these waters on Wednesday. This was the early-Monday look on the Melges dock as the big boats next door revved up for their deliveries home . . . 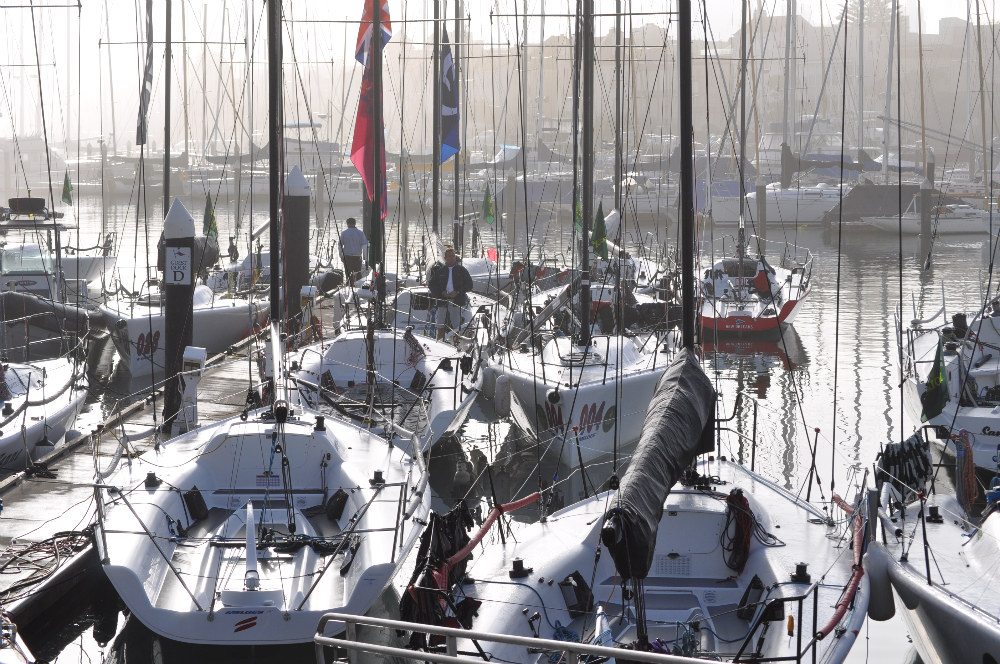