What jumps out at me from the 23 June Protocol is that a door remains open to a match in 2013 rather than 2014, which still seems more likely.

Hmm. My favored patch of water, on the cityfront between Treasure Island and the Golden Gate, could become quite the busy hive, if that quiet meeting today at City Hall is leading to something.

We are speaking here of the Protocol for America’s Cup 34, released jointly by the Golden Gate Yacht Club and Club Nautico di Roma, Challenger of Record.

Should I ramble too far into the aether, you can read the whole thing yourself at Draft Protocol Governing America’s Cup 34.

But it won’t give you answers to what most people want to know. Per previous announcements, we’re supposed to have a new AC class by September 30 and a set venue no later than December 30. The Protocol limits the number of new class boats to two hulls per team; rebuilding of less than 50 percent of skin area does not constitute a new hull. No shrouding of the hulls will be allowed. There also are restrictions on the number of keels and bulbs (for example) a team can build, which may or may not be a hint that we’re headed back to monohulls, always the likely bet.

The Protocol calls for 6-8 pre-regattas in each of 2011 and 2012, and it seems as if the V5 boats of 2007 will be with us until we roll into 2012, at which point the competition rolls into the new America’s Cup Class. Win the season and you win three sails on top of your limit of 25. Place second and you win two; third gets you one.

And it’s expensive to be late. The challenge period runs October 1-January 31. After that, at the discretion of the Event Authority, you might get a challenge accepted by paying a late fee of $1 million on top of your $3 million performance bond.

Oh, and btw. Lamination in-country will satisfy the built-in-country requirement of the Deed of Gift. The rest is wide open. And the Protocol includes an either-or provision, tba, for either no nationality requirements for crews, or a 20 percent requirement. 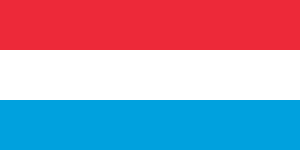 Still a lot of talking going on, eh?