Plastiki, 39 days out of San Francisco and halfway to a final destination in Australia, arrived on Wednesday in the Line Islands.

I gather it was none too soon. 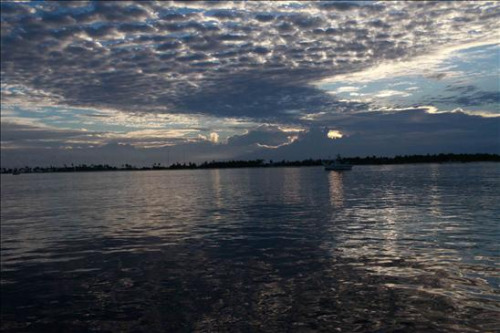 Arriving at the Line Islands. © Plastiki


Co-skipper Jo Royle writes, “We were ready for a stop. Everyone on board has worked hard to keep the smiles in place over the last week. The six of us, who really didn’t know each other two months ago, have just spent 38 days living in roughly a 30 foot space. As expected, we have had no blow outs, but just think about spending 38 days with your family without leaving the house!”

(I believe it’s 38 days or 39 days, depending upon how you count. I also believe it doesn’t much matter. Being “comfortable” at sea is largely about whether or not the experience meets your expectations. Two weeks, for example, would be not necessarily a long passage, unless you expected it to be one week, and the closer you get, the higher the emotion.)

The Plastiki mission has gone well, to stimulate a discussion of plastics and the use of plastics and the dis-use of unnecessary plastics. And there are the extras, such as a hanging hydroponic garden from Inka Biospheric Systems that supports 90 plants and could be used in many circumstances, on boats or in third-world countries.

Unfortunately, it appears that Jo Royle’s account is cut off in her transmission, mid-sentence, before she can specify which of the Line Islands became their first landfall. [I have since learned it was Kiritimati, aka Christmas Island. Ed.]
Before leaving San Francisco, Royle—a co-skipper—commented that, “We don’t point efficiently above 90 degrees, so we’re not advertising a route.” Of Plastiki’s meet-up with a sluggish tug for the island arrival, she writes, “The ocean is very big when trying to get two slow boats to rendezvous, especially one that likes to crab sideways as fast as moving forward.”

She means Plastiki, but she fondly exaggerates, or they wouldn’t be where they are. Plastiki was not designed for performance.

But they are there and there they are, halfway through a journey that was first conceived as an eco-stunt—to document the plastic accumulation in the Pacific Gyre—but has become considerably more. Yes, there are 12,500 plastic bottles in the hulls of the catamaran, providing most of the buoyancy—and according to de Rothschild, 28 billion plastic bottles went into land fill last year, the final human-interaction stage of a process that began with crude extraction, transport, refinement, re-transport, re-refinement, re-transport, a brief chilling in a refrigerator somewhere, and a brief moment on the lips—but to me the coolest part of the project was the discovery that they could build the structure”> of Plastiki out of a recyclable plastic, srPET,self-reinforced polyethylene terephthalate, a composite in which the matrix component is reinforced with fibers spun from the same polymer.

And there are no resins. The parts are heat-welded together, or in some cases they’re joined with a glue made from sugar cane and cashews. (One consultant was High Modulus, btw.) The engineers claim 75 percent of the strength of fiberglass at half the weight.

Is it time for a new avenue of development? 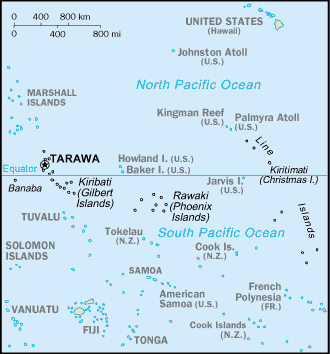 I’m no engineer. I’m taking this stuff at face value, as reported to me. But if we can develop plastics along the lines we already know, and make them so light and so strong, why not research this softer, friendlier path? If you’re not emitting toxins, you don’t have to move your production out of a restrictive place to a less-restrictive place, to keep it cheaper by continuing to emit toxins, which makes you feel really good about yourself . . .

Plastiki may be awkward and not weatherly, but that is not inherent in srPET. There were design decisions such as exposing the plastic bottles in the hulls, hardly a boon to laminar flow, but a visual “click” too good to pass up. Banking family heir de Rothschild, who made Plastiki happen, has made eco-adventuring his raison d’être.

It’s just possible that de Rothschild, though not a sailor at heart, has also made a contribution to sailing. Royle reports that the boat is in fine shape, and so is the crew, once they get a walkabout.

Check in with the team at Plastiki.