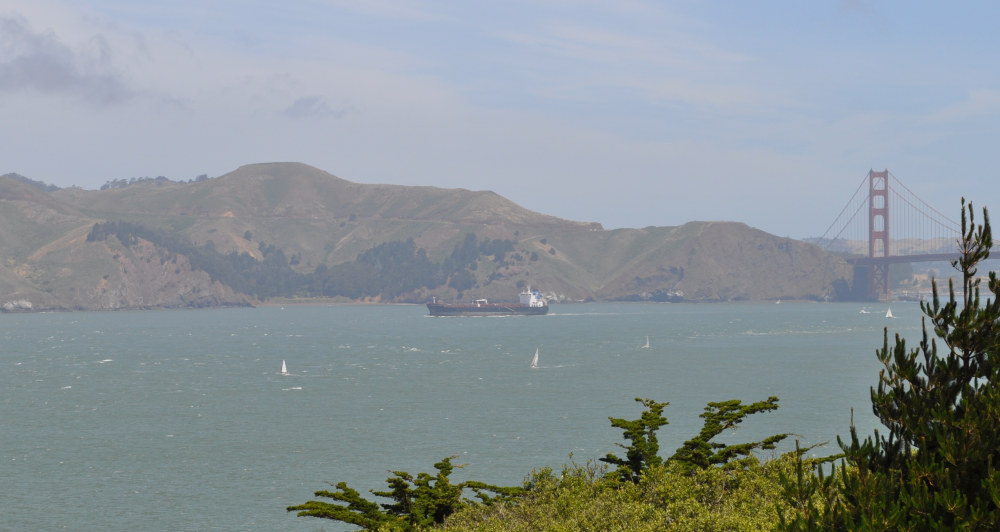 It would be cruel to start the solo Transpac against a foul tide, but the downside to letting the ebb tide flush you out of San Francisco Bay—current against wind—is the flying spray that soaks you down in the first few minutes of a passage of maybe two weeks.

But, comes with the territory.

Local Al Germain led the way on Saturday as the fleet worked out through the Golden Gate Strait, and I liked the sound of it on Channel 14, hearing Vessel Traffic advise the bridge of the tanker Overseas Los Angeles of “fifteen sailboats outbound for sea.” 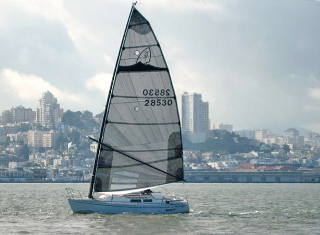 I saw them off from the headlands on the south side of the strait (I’d rather be sailing, but I had a fence to paint) and could just make out Germain’s Wyliecat 30, Bandicoot, in front. Germain explains himself by saying that his solo-sailing hormones “have been percolating for a while, and I have stood on the shores of Hanalei Bay more than once wondering what it would feel like to arrive by boat.” In the photo above we see his Tom Wylie-designed 30-footer sailing on a different day. It’s a type indigenous to San Francisco Bay, minimizing sail-handling chores through simplicity, and Germain was putting that much to good use.

In the image below, Bandicoot is the tiny, dark sail, the left of three, and that is the Overseas Los Angeles again, likewise outbound for sea. If you click to enlarge, you will easily see the line of brownish ebb streaming out to the left of Point Bonita, westward, and the tide-line break between that whitecapped stream and the ocean water to the north. 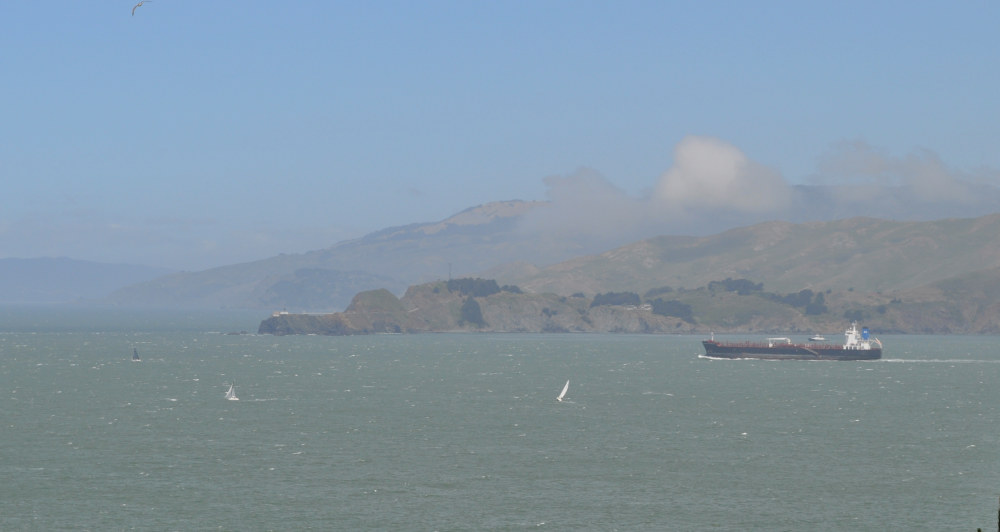 The awards ceremony is scheduled for, um, July 9.

Meanwhile, inside the Bay on the cityfront, the kids were gathered for what we call with confidence the Heavy Weather Opti Regatta. As the solo leaders cleared the Gate, I checked the St. Francis YC webcam where the report was “18 knots gusting to 23.” Against a lumpy ebb tide. Confidence maintained. 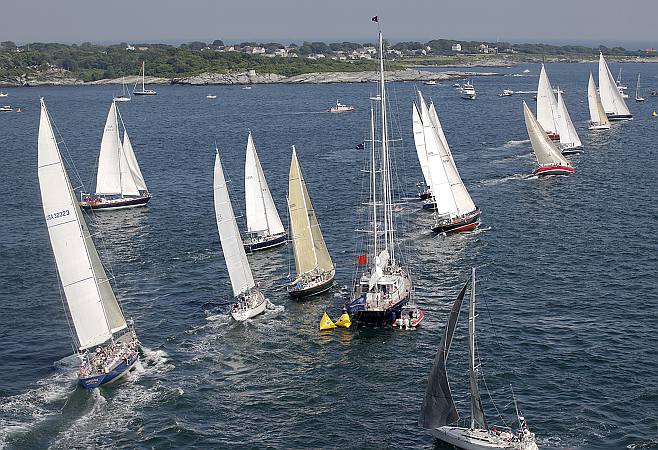 Starting from Newport on Friday. Photo by Daniel Forster/PPL

At the same mid-day hour on Saturday, the cant-keel maxi, Speedboat, was sailing at the front of the Newport-Bermuda fleet with a little over 450 nautical miles to go. Race info and boat tracking are available at bermudarace.com. This was Speedboat at the start . . . 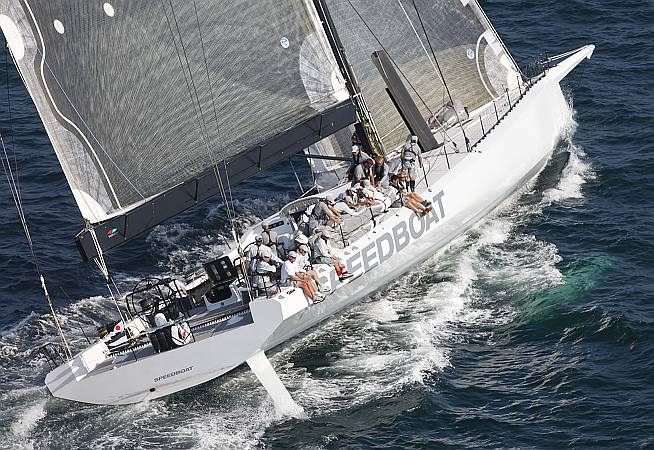