The Yachts of SF Bay 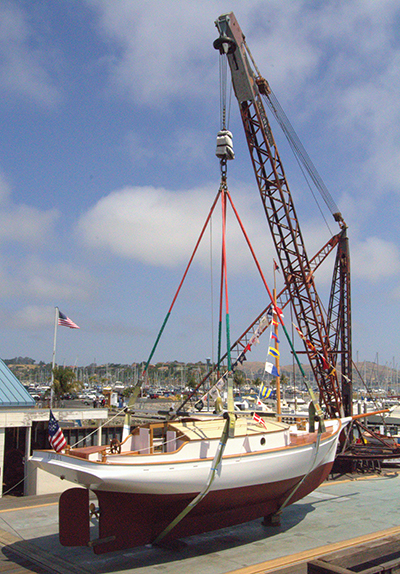 AMONG THE GOOD things in life are boats. They please the eye. They please the senses. Use the word yacht if you like. A yacht is any boat, great or small, meant for pleasure, and here too it’s often true that good things come in small packages. Little Freda is a case in point. Built in 1885 on Beach Road when Belvedere Cove still opened to the bay, she is the oldest West Coast yacht sailing, and we’ll come back to that.

Many of Northern California’s most beautiful boats are harbored in the county, but even those berthed elsewhere are part of Marin’s view of San Francisco Bay. They come for reasons we already understand: shelter, sunshine, panoramas. Rare is the San Francisco Bay cruise that does not include at least one passage through Raccoon Strait, and that makes for quite a parade.

There’s a strong boatbuilding heritage here. In the shallows of Hurricane Gulch in Sausalito, for example, you can still see pilings from the Nunes Brothers Boat & Ways Company, builders of the doughty little Bear Class sloops still with us, 80 years on, and builders of the grand schooner Zaca, which banking heir Templeton Crocker sailed around the world in 1930. Zaca later figured in the scandals of the actor Errol Flynn and today happily soaks up euros as a restored indulgence on the waters of the Mediterranean. Time marches on.

Back in the day, a sailorman could gaze across the bay and name any boat on sight. Every yacht was a custom build, probably a specimen of the woodbutcher’s art, and even with the occasional steel hull, there just weren’t that many. In the 1960s, fiberglass and deficit financing generated a population explosion, and plastic composite boats are good, very good, but the hand-built, hand-kept boat has an aura, and perhaps a soul, that cannot be punched out on a production line.

Read on for “Her Stories”