To Row (and row) a Little Boat

Mick Dawson and Chris Martin are two happy campers this week, relearning how to walk and working to gain back some of the 20 percent of body weight they gave up to their ration of freeze-drieds in the 189 days they spent rowing nonstop from Japan to California, from Chochi to the Golden Gate. They arrived last Friday, the 13th, their lucky day. We tried to convince them that every day in San Francisco is like the BIG SAIL, but I don’t think they fell for it. That’s Mick, centerframe, looking to his left, with Chris on his right. 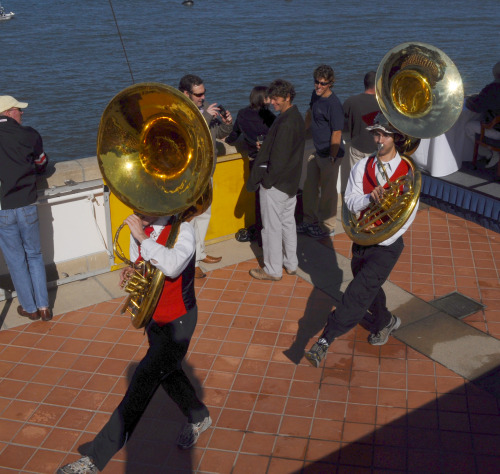 I’ve since had an opportunity to ask Chris about sea time, my special point of curiosity. When people ask me about time at sea, I usually tell them it depends upon expectation. That is, a 16-day passage is not too long, if you’re anticipating a 16-day passage. The year I raced Transpac on a 12-day boat but went 16 days instead, the last four days were notably long. Chris’s thoughts were not too different, but I don’t know as how he was impressed by my example.

“Day one hundred was probably the hardest, when you realize you’re still out, and you’re going to be out. It felt like we had been rowing for an eternity, and we had an eternity to go. Mick and I had expected to make San Francisco in five months, not nine months [they set out on May 10; what have you been doing since May 10?] but really, when you’re in the middle of the Pacific Ocean in a rowboat, all you can do is sit down and row.” 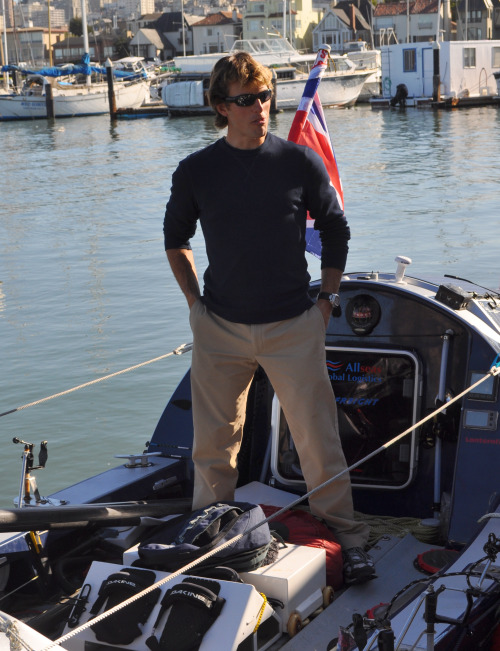 The pair traded turns rowing, most often, two hours on and two off. When bad weather prevented progress, they’d throw a sea anchor over the stern, hole up in the aft cabin, and try to not “go aerial,” Chris said. “With waves breaking over the boat, it’s pretty noisy in there.”

The devil in me was tempted to ask if they had noticed an invention from a few thousand years ago called a sail, but I thought better of it. Here’s Mick appreciating the California sun. Very appreciative of the local favorite, Anchor Steam beer. 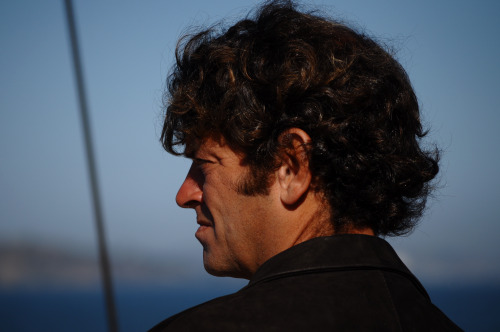 It was a great voyage, a great accomplishment, and they’re still friends. The pic below comes from their web site at Golden Gate Endeavour. 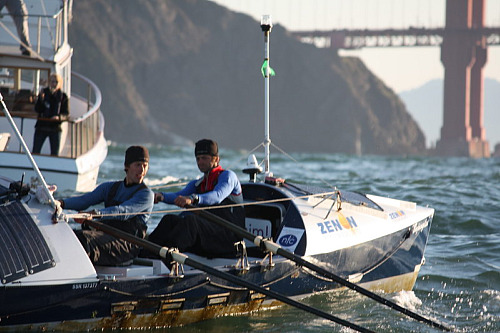 And there’s a new kite-jumping video making the rounds. If you haven’t seen it
(Brits leaping a pier – kids don’t try this at home) you should click here.