It wouldn’t be fair to say the mood was gloomy as Alinghi 5 docked out on Sunday morning to face match point in America’s Cup 33. It would, however, be fair to say that the crowd was thin. The resolve of the team and the cheers of family did not match the restrained ebullience in and around the BMW Oracle Racing team, which has every reason to be hopeful of winning Race Two and the America’s Cup, whether it is raced today or tomorrow or tomorrow’s tomorrow. 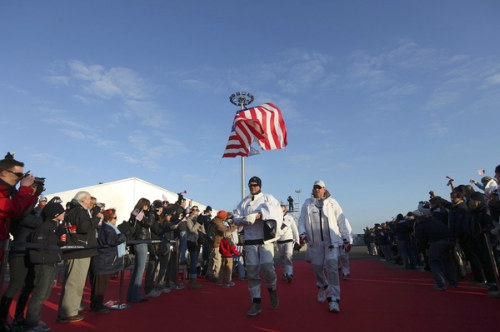 Alinghi docked out with a crew of 14, including team owner Ernesto Bertarelli listed as helmsman and the expectation that he may share the helm with “Floater” Loïck Peyron. 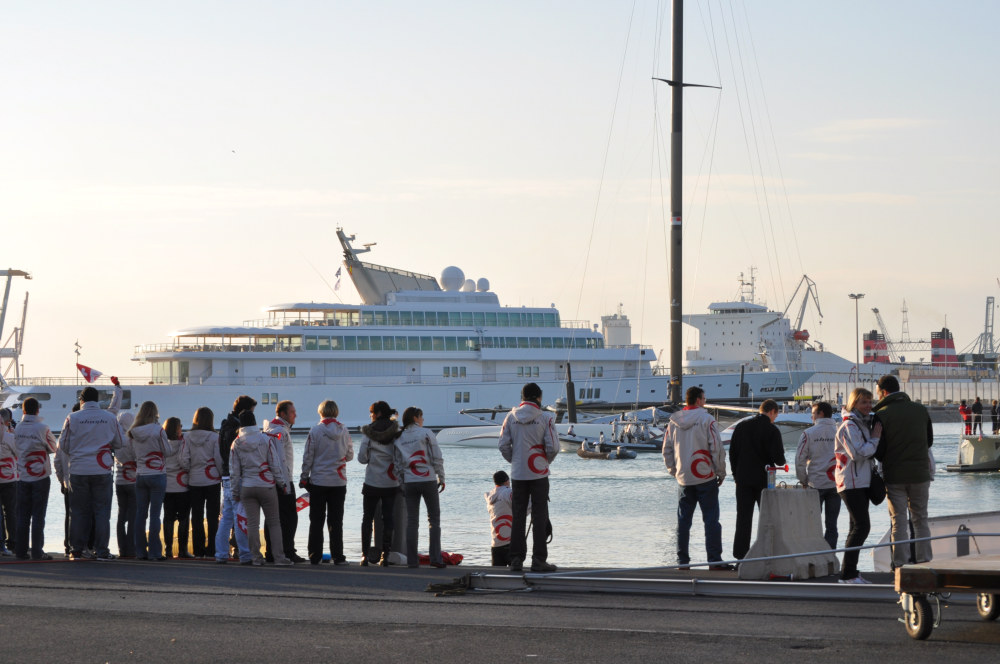 
No matter that Bertarelli was caught flatfooted in the Race One starting box and drew an immediate port-starboard penalty from his aggressive counterpart, James Spithill, steering the BOR trimaran, USA. For weeks, Spithill and team captain Russell Coutts had been talking aggressiveness and “mixing it up.” Alinghi was warned. But Bertarelli and company had been talking about conservative sailing, and they seemed convinced that the port-tack boat, entering from a position to leeward of the starting line, would necessarily be capable of clearing its opponent and getting into maneuvering territory on the right hand side. 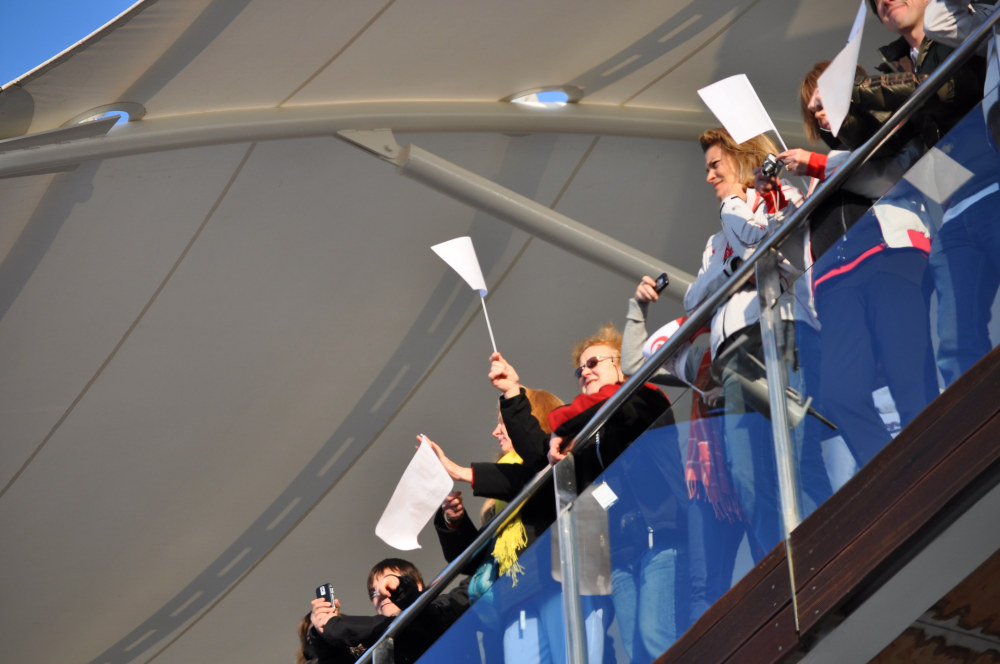 The day before Race One, team member Ed Baird gave a seminar in which he seemed to take it for granted that port tack would enter the start box, sail clear to the right hand side of the box, and then begin to scrap. He seemed so clear that you could have wondered if this was a set up, but then Bertarelli acted as if he believed it, and got nailed.

Spithill owes a few to BOR and team owner Larry Ellison. It was Spithill, steering Luna Rossa, who put two fouls on Chris Dickson in one prestart and sealed the team’s fate (and prompted Dickson’s resignation) in the 2007 challenger eliminations.

BOR issued a crew list of 10, without either Ellison or Coutts, indicating they have a prediction for light breeze, either at the start or throughout, for today’s 39-mile triangle.

Today the boats switch sides. Alinghi has the starboard entry, and USA will enter on port.

Meanwhile, the ubiquitous presence of Vincenzo Onorato’s team members at the dockout, and in the base, leave little doubt who will become Challenger of Record should Ellison’s team succeed in capturing America’s Cup. Onorato’s Mascalzone Latino was a good challenger in 2007, and he has been a staunch supporter of Ellison’s legal campaign against Alinghi. As one rather well-known young competitor and team member put it, with his tongue almost poking through his cheek, “We have a pretty good chance of becoming Challenger of Record.”