Will they be smiling 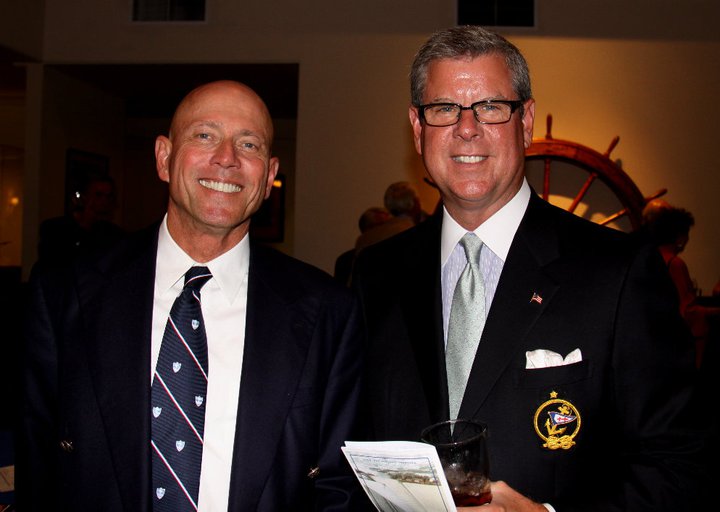 That would be your toothy bloggist, left, with Ray Thomas, Rear Commodore of the Golden Gate Yacht Club, sixth trustee of the America’s Cup. Come Friday evening, New Year’s Eve, December 31, GGYC is scheduled for a change of watch celebration, and Ray moves up one chair to Vice Commodore behind 2011 Commodore Norbert Bajurin.

In the meantime, the sailing universe is holding its breath, waiting to know the venue of America’s Cup 34. The deadline: also Friday, December 31.

Waiting amidst rumors that the venue announcement might be postponed . . .

But rumors are cheap, and those who know aren’t talking. The most revealing comment I’ve heard comes from 2010 Golden Gate YC Commodore Marcus Young who writes, “Hold on to your hats….getting interesting right about now.” 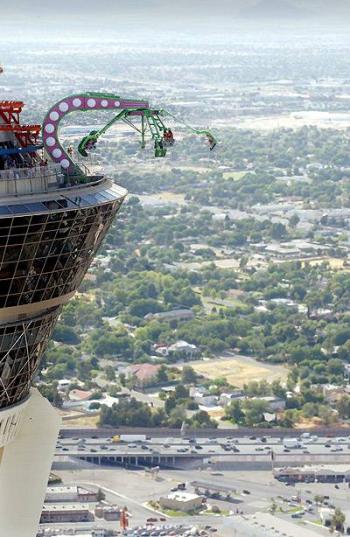 First, it seemed, the great undertaking was to convince the City and County of San Francisco that AC 34 is worth the investment, worth the effort. That done, the big guy (Larry Ellison), dispatched his negotiators to (whoops!) reopen venue talks with Newport, Rhode Island. It was a move not inconsistent with past business practice for the founder of Oracle software and owner of the BMW Oracle Racing team, soon to be ex-BMW.

Yes, there had been a handshake agreement with San Francisco. I had spent a happy evening with members of the team, the Event Authority, and the America’s Cup Organizing Committee. They popped champagne. It felt like a done deal. I wrote about it with great enthusiasm. But. The deal included long-term leases on Pier 50, a feature that rapidly went political amid headlines about “Giving money to billionaires.” Complicated rent clauses, upfront costs to rebuild crumbling infrastructure, the absence of alternative schemes to cope with a disintegrating stretch of the Port of San Francisco, these matters did not fit the headlines. Thus, Pier 50 did not figure in the Host City bid that was voted unanimously by the Board of Supervisors on December 14 and signed same-day by Mayor Gavin Newsom. Stephen Barclay of the Event Authority was assigned the bad cop role of alleging a “bait and switch.”

And there we were, and here we are. Last week, I talked about the situation with Cy Musiker at KQED. The interview is recorded here.

We’ve heard in the last few days that Rhode Island cannot finalize its bid—the cost analysis of a Fort Adams makeover is not complete—but the state does not consider that a dealbreaker.

We’ve heard in the last few days that there is a country named Italy.

Meanwhile, for the very reasons articulated by Larry Ellison, Russell Coutts, et al, San Francisco Bay with its vistas, its reliable seabreeze, its position at the heart of a vibrant information technology industry, remains the only place to fulfill the vision of a future sailing grand prix, expressed through the architecture and branding of America’s Cup.

Did I mention little cable cars climbing halfway to the stars? 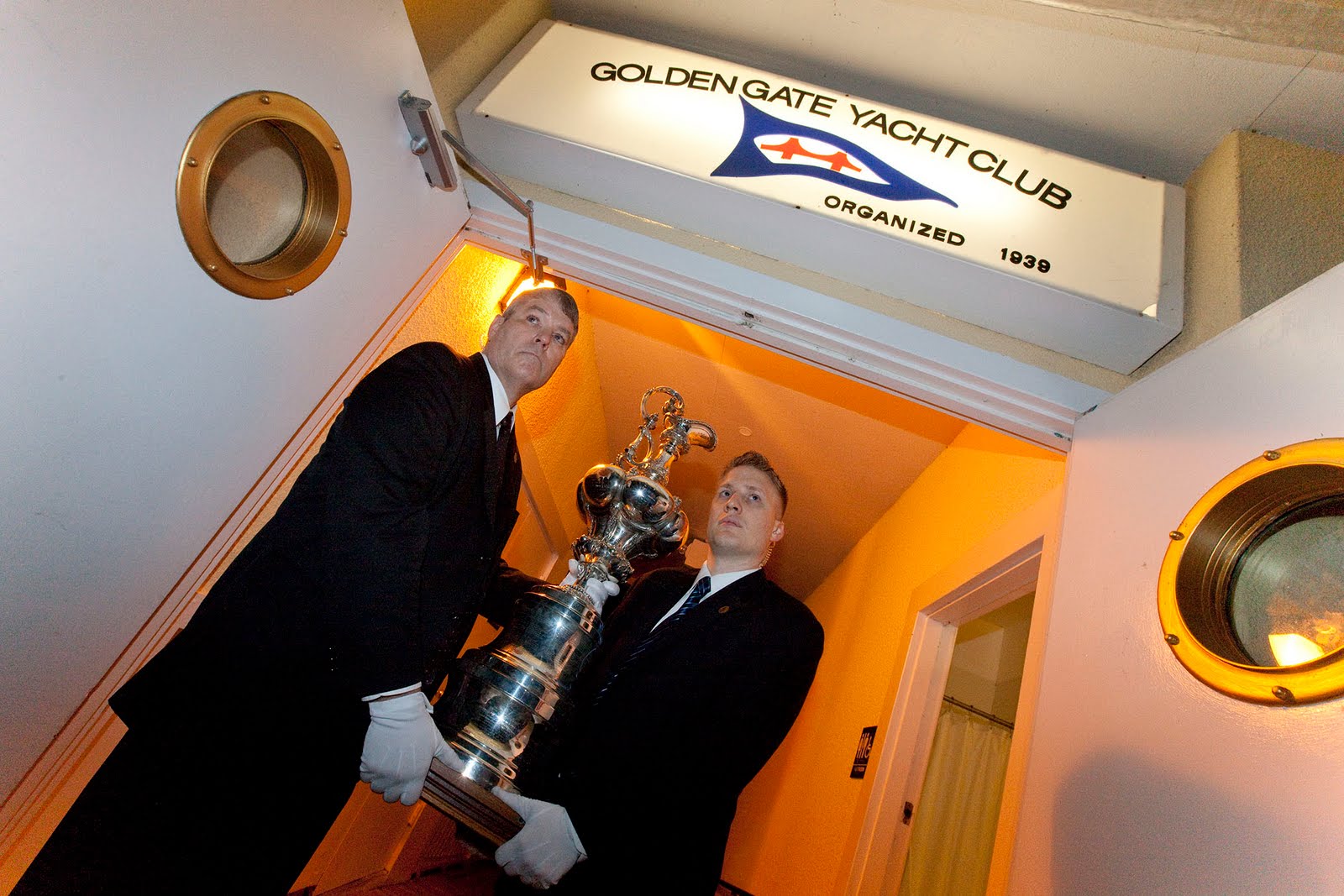 A 2010 change of watch celebration at the Golden Gate Yacht Club will prove mighty sad-sack if it follows or coincides with an announcement that the Cup match is going somewhere’s else. (Incoming commodore Bajurin was commodore also in 2000, and it was Bajurin who proposed the marriage between GGYC and Ellison’s racing team that led, ten years later, to an America’s Cup win.) So Friday night could be an even-bigger celebration than the day the Cup itself arrived—if the match is settled on San Francisco Bay. Pop the champagne, again, and truly holler Happy New Year.

If you’re from San Francisco.

To that point, my colleague David Schmidt asks, regarding the December 31 deadline: “Midnight where, midnight where? Midnight in Auckland? Midnight in Rome? Midnight in San Francisco? If you’re a challenger from Europe and midnight comes and goes on your clock, can you sue? Suddenly it’s 2011. Do you sue?”

Ah, the America’s Cup. It does strange things to all of us. And we should not forget that shift of language, between the Draft Protocol and the Protocol, permitting the match (the world series tour aside) to be sailed in more than one venue.

Myself, I have fully embraced the idea of an America’s Cup on a new-look racetrack in boats that employ revolutionary, not trickle-down, technology. I’ve been public about it, and I’ve been to a lot of meetings, and I’ve invested time, and I have never quit simplemindedly believing that America’s Cup 34 will be sailed on San Francisco Bay because it should be, and that sometimes things actually